How To Overcome The Fear Of Public Speaking

By Pix Jonasson on November 23, 2011 in Events, Speaking, Success 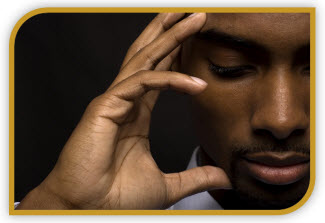 One of man’s most common and trivial of all fears is that of speaking before the public, whether it be a small or a large group, but man has always learned how to cope and have developed many ways on how to overcome the fear of public speaking.

Although we may find people who would rather try to get away from every instance and opportunity for them to address the public, it is a rather very difficult thing to do.

This is most basically since man is a social being and will need to interact with other people at one time or another and even if someone may have avoided speaking before a group of people, there will always come a time and a point in one’s life that he or she must speak before a crowd. This is also true with leadership.

A leader needs to communicate to a group of people in order to get the message across, making it an essential tool for leadership and management. For many, public speaking is a source of stress, especially for those who were mentally conditioned to believe that speaking before a group of people is such a stressful process, with the sense of fear caused by the presumption that those listening are carefully scrutinizing the speaker.

This is more so since most people always think that other people will always measure up to themselves and opening up to a group of people is like opening up a can of worms.

This certain kind of perception is often the most popular cause of fear among people and knowing how to overcome it is by simply understanding that speaking before the public need not be stressful. Here are some useful tips to consider to help you how to overcome the fear of public speaking.

So before speaking in front of a crowd, avoid the notion that you are perfect and that you cannot make mistakes .

Always come prepared, since you need to make sure that you need to get your message across in the most concise and comprehensible manner possible. You don’t need to be perfect, all that is needed is for you to be prepared and ready since this will make you less fearful of committing a mistake. Having only two or three main ideas or points can aid in providing more meat and focus to any message, rather than a cauldron of facts and figures that may sometimes cause more confusion instead of driving home the message.

This will also allow the speaker to concentrate on less ideas to think about and more focus towards matters to make it more comprehensible and straight to the point. Having less to think about will result to less errors along the way.

Lastly, always try to buy yourself into what ideas and would like to convey, since being uncertain about one idea and selling it to others can only end up in shambles.

Understanding the psychology of fear is important and will greatly help people in knowing how to overcome the fear of public speaking.

View all posts by Pix Jonasson →